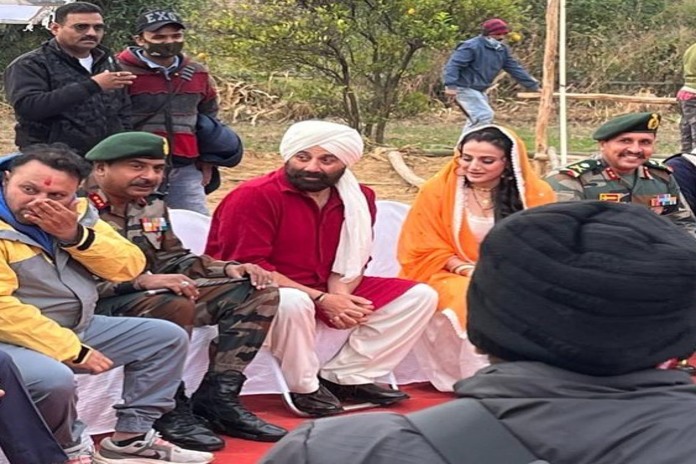 The film ‘Gadar,’ which was released in 2001 and starred Sunny Deol, is still popular today. This film’s classic ‘Hand Pump’ sequence is favorably accepted by the public. In addition to Sunny Deol, actress Ameesha Patel also starred in the film. The sequel to this film will be released shortly.

The filming of ‘Gadar-2’ has begun, and Amisha Patel has shared a snapshot taken during the production.

Anil Sharma is the director of Gadar-2. Gadar cost Rs 19 crore to produce. The crowd reacted well to the film. At the box office, the film made Rs 133 crore. As a result, the audience is also anticipating the release of this sequel to the ‘Gadar’.