Dwayne Johnson on ‘Black Adam’: I’ve Never Worked So Hard in My Whole Career for a Role 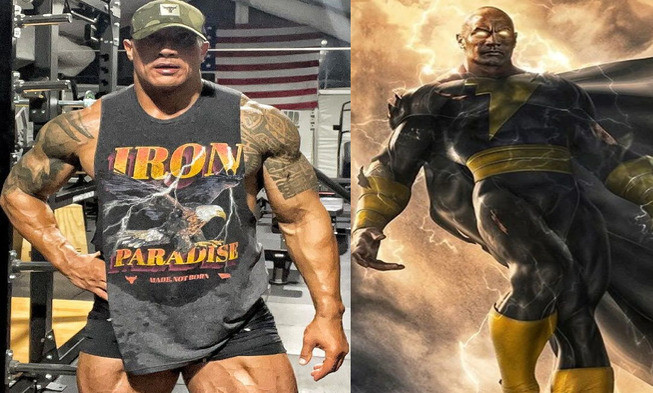 Dwayne Johnson claims that portraying DC anti-hero Black Adam in the highly anticipated stand-alone film has been the most difficult challenge of his two-decade career. The professional wrestler-turned-actor, who is now filming “Black Adam,” uploaded a photo of himself in a beefed-up avatar from his workout.

As a villain corrupted by power, the character originally featured in DC Comics in the 1940s. In the early 2000s, he became an anti-hero. “Black Adam” is directed by Jaume Collet-Serra, who also helmed Johnson in the upcoming “Jungle Cruise.”

Also Read: Keanu Reeves to play the Villain in Hobbs and Shaw Sequel

The newest iteration of the script was written by Rory Haines and Sohrab Noshirvani, based on a prior draft by Adam Sztykiel. Aldis Hodge, Noah Centineo, Quintessa Swindell, and Pierce Brosnan also star in the film.

Johnson is also producing the picture with Seven Bucks Productions‘ Dany Garcia and Hiram Garcia, as well as Beau Flynn’s FlynnPictureCo. The film will be released on July 29, 2022.

Kendra Wilkinson is an American businesswoman, model, author, and TV personality with an estimated net worth of $6 million. She is well-known for her friendship...
Previous articleRobert Pattinson Signs a First-Look Deal With Warner Bros., New Line, Warner Bros. Television, and HBO Max.
Next articleFormer Model Alleges Jackky Bhagnani And 8 Others of Rape And Molestation, FIR Lodged in Mumbai